You can find the Import Arbitrary Data From File To SecureCRT Sessions script discussed in this tip on the VanDyke Software Scripting Forum.

SecureCRT sessions can be imported from an external source if you keep a list of the servers, routers, and other devices that you need to connect to saved in a .csv or other type of data file. With a data file, you can use a script to import the data into SecureCRT sessions, rather than manually creating them one at a time.

In this tip, we explain how to set up an example data file and provide an example script code for you to use and modify for your specific setup. You only need a few basic script-editing skills to get started (more extensive knowledge may be required to customize the example script to meet your needs).

The example script gathers information about your host machines from your .csv data file in order to create the .ini files that will become your SecureCRT sessions. There are comments within the script code explaining the expected format and organization of the data file. The comment lines in the script begin with a single character (a ' single quote or "tick" character for VBScript and a # character for Python).

The following steps show you how you might use the techniques described in the script to generate sessions from your data file.

Setting up the data file

The first line of your data file names the fields used and their order. In the example above, the header line of the data file is the first line:

The remaining lines in the data file are lines that have actual data to be imported, whereas the first line is simply a template that instructs the import script how to interpret the fields on each remaining line.

Note: The value of the emulation field must match a valid SecureCRT emulation option as displayed in the Terminal option in the Terminal / Emulation category of the Session Options dialog. However, the following protocols are not currently supported for import using this script: Serial, TAPI, and Raw.

The field keywords that the script is designed to recognize as valid header row components are as follows:

Once you have made the necessary configuration changes to your data file and/or the script, you can launch the script by opening up SecureCRT and choosing Run... from the main Script pull-down menu. 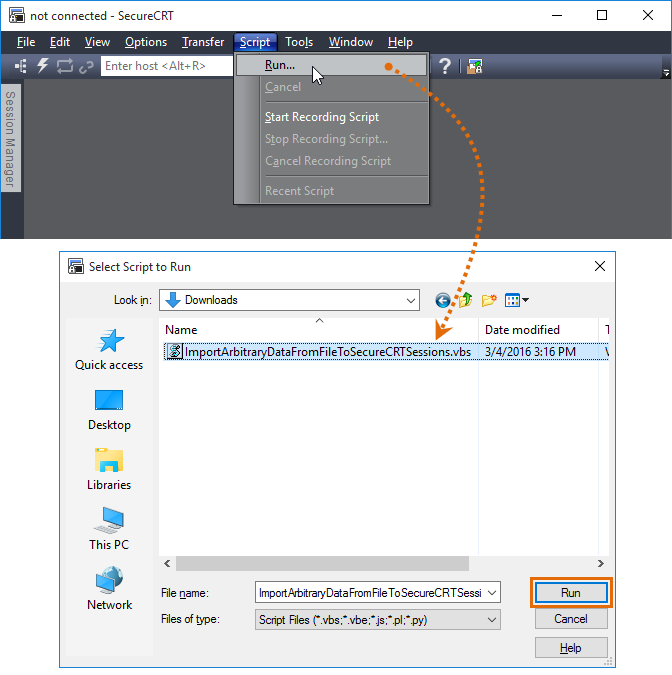 The first action the script will take is to prompt you for the location of your data (CSV) file. 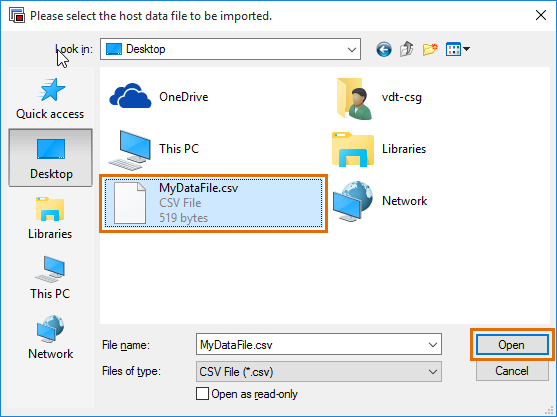 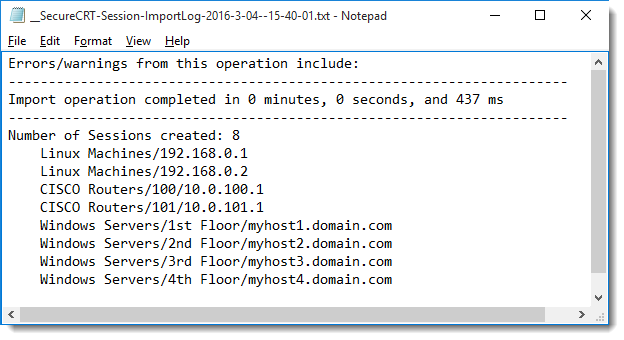 After the script has completed, simply close SecureCRT's Session Manager and then open it again to see the sessions that were added. 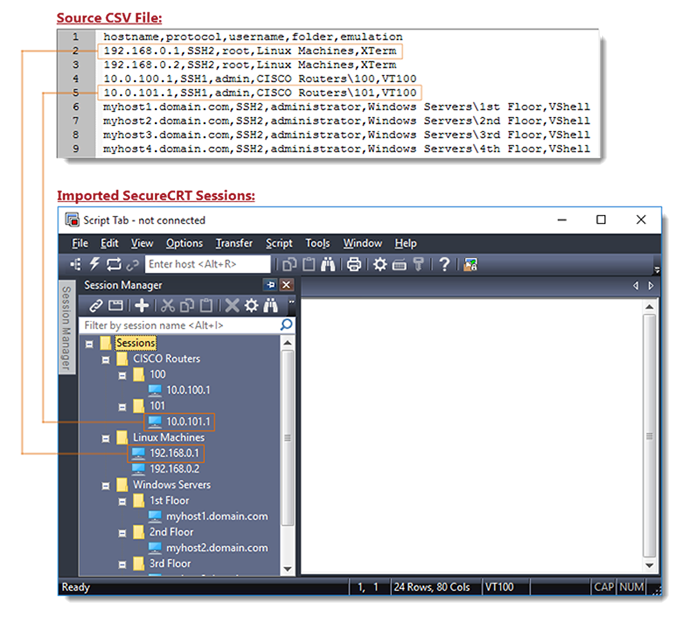 Note: If a session was found to already exist, the imported session will have a time stamp appended to its name to avoid overwriting any existing sessions that have the same name.